Have you seen the Little Bay Tigers inscription on the rocks at Little Bay? Facebook users would be aware of the on-line discussions as to its background. The rest of you can dispense with the discussions and read the following story as recalled by long time local resident, Bob Burgess. Bob has come to the rescue with his personal involvement in this bygone era.

The members of the Little Bay Tigers, hailing from areas in and around Little Bay, La Perouse, Matraville, Chifley and Malabar, spearfished mainly from the Cape Banks to Malabar area. The group lasted for around 10 years. Bob recalls, 'As the members got older and married or left the area, for whatever reason, the club gradually disbanded'.

Bob was just a kid at the time — around 10 years old and a touch on the young side to join the group. However, he was allowed to 'hang around' with the big boys.

The unofficial leader of the Little Bay Tigers was Sid Vassalo from the Matraville area. Sid's initials 'SV' are carved into the rock. Other names carved on rocks in the area are 'Clive', who was a member of the group, and a few initials from other members. As the group became more established it grew to 15 or so members.

The Little Bay Tigers were the first in the area to wear wetsuits. Each one of them had a small, yellow and black tiger's head logo attached to the front of their wetsuit. And hence the name 'Little Bay Tigers'. Over the years some of the members progressed to using scuba gear but, more often, they used only snorkels when spearfishing.

Johnny Cann, Sid Vassalo, Harry Murphy and Ron Burgess bought a small aluminium boat together, which they used for their spearfishing. Johnny Cann celebrated his 80th birthday earlier this year.

A few years after the Little Bay Tigers had disbanded, Sid Vassalo and some of his friends started a dive shop near Clovelly. And of course, Johnny Cann became the 'La Perouse snake man'*.

* For 90 years John Cann’s family ran the snake shows at La Perouse. His father George, a showman and curator of reptiles at Taronga Zoo, started the show in 1919. However that's a story for another day.

Message from the web team

Many thanks to Bob Burgess for these fascinating memories...keep them coming!

Thanks, too, to Joanne Mooney who kindly gave us permission to reproduce her lovely photos (see three images at right). 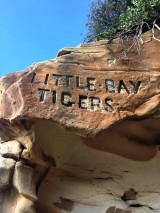 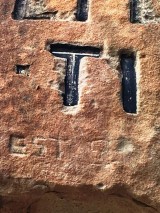